Performance is the game changer. People will follow you based on your performance, and most times they will pay you quite well. To achieve this level of leadership, you have to be goal-driven. People need to know your results and what you have accomplished: Did profits rise? Was attrition low? What part did you play in saving or expanding the company? Did you have more wins than losses?

Evidence of performance and leadership can be found in Coach Billy Donovan. Donovan took a nearly nonexistent Gator basketball team and made them a formidable foe on the courts, winning 2 NCAA national championships and other impressive awards. As a result, the former head coach of the University of Florida's men's basketball team recently accepted a $30 million contract for the same role with the Oklahoma City Thunder, and he is taking his assistant coach, Rashan Burno with him. Coach Burno a proven producer as well, with only three years at Florida, helped lead the Gators to back-to-back SEC Championships and a showing at the 2014 Final Four.

After 19 years at Florida, it appears that Donovan is planning to lead his new team to a victory, and to produce a new following in the NBA.  Again, people want results.  Be goals-oriented and results driven. 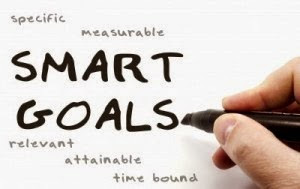 Posted by Moment with Manal at 2:58 AM